When you need information on NSPIRE, go to the source.

Want to get ahead with latest updates and best information? The best NSPIRE resources can be found on the HUD.gov website. HUD offers webcasts, fact sheets, and more. These resources are authentic and reliable because they are right from the source. 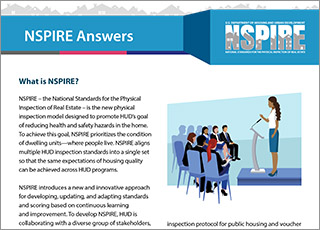 NSPIRE Answers: Learn what NSPIRE is, why it is happening, what it will accomplish, and how the NSPIRE Demonstration is key to NSPIRE’s development. 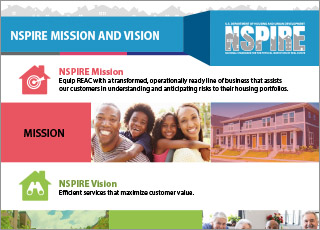 NSPIRE Mission and Vision: Read about the mission and vision that drive NSPIRE. 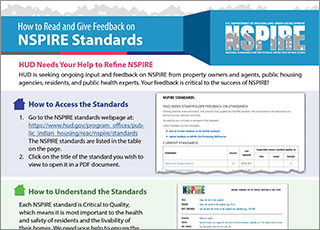 How to Read and Give Feedback on NSPIRE Standards: Find out how to locate, read, understand, and provide feedback on the NSPIRE standards. 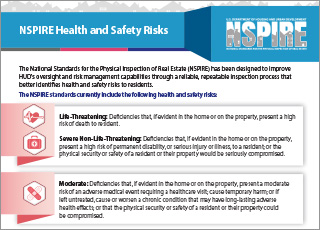 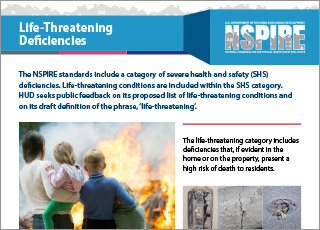 NSPIRE Life-Threatening Deficiencies: Learn about how severe health & safety deficiencies are classified and how to give feedback on them to HUD. 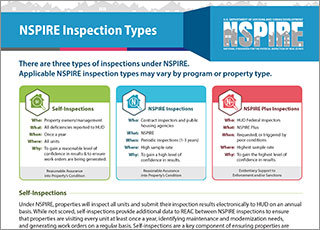 NSPIRE Inspection Types: Learn about the three different inspection types, who conducts them, and the results they produce. 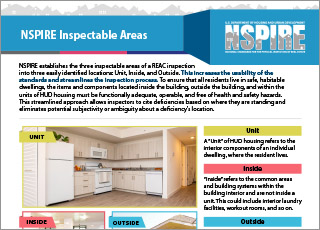 NSPIRE Inspectable Areas: Learn about the three inspectable areas under NSPIRE and what they encompass. 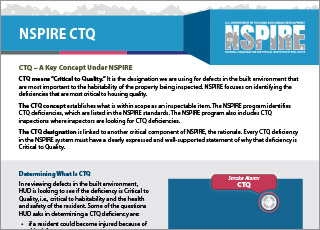 NSPIRE CTQ: Learn about the Critical to Quality (CTQ) concept, how HUD determines what is CTQ, and how they connect to rationales. 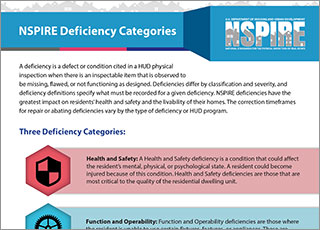 NSPIRE CTQ Deficiency Categories: Learn about the three categories of CTQ deficiencies and how they differ by classification and severity. 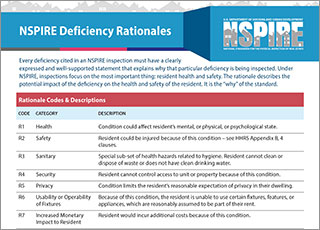 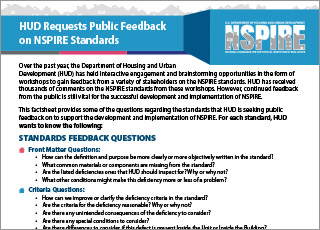 HUD Requests Public Feedback on NSPIRE Standards: Find out what kind of feedback HUD would like on NSPIRE standards. 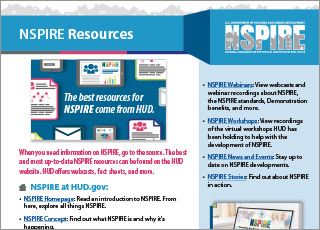 HUD is aware of misleading information circulating about NSPIRE. HUD encourages stakeholders to verify the information they receive from outside sources by consulting official sources such as HUD’s NSPIRE website or the Federal Register.