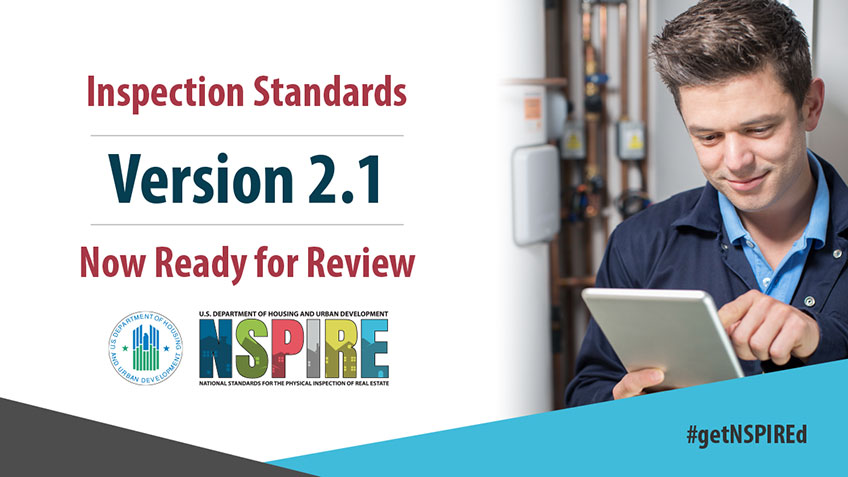 This week, HUD released the NSPIRE Standards Version 2.1. Similar to previous efforts, HUD is requesting feedback on this newly released version, which represents 18 months of development and incorporates input and observations from housing industry professionals and other stakeholders.

Since the release of the Version 1.3 standards in July of 2020, HUD has received a substantial number of comments on the NSPIRE standards through listening sessions, workshops, webinars, and emails. NSPIRE Version 2.1 is an iterative improvement in the technical accuracy, relevance, clarity, and objectivity for the standards and reflects HUD’s commitment to clear, plain-language inspection standards that improve repeatable and consistent inspection results. NSPIRE’s approach to standards development follows a clearly defined core set of principles: people-centered design, a focus on efficiency, science-based rationales, continuous collaborative improvement, and streamlined operations.

HUD welcomes public comments on all aspects of the standards. Feedback on the revised list of standards can be submitted by clicking on the following link: https://www.hud.gov/program_offices/public_indian_housing/reac/nspire/standards.