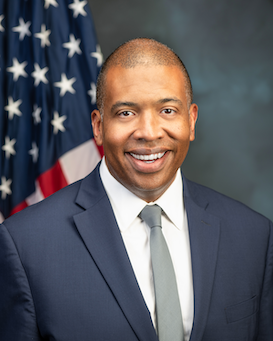 As Principal Deputy Assistant Secretary, Arthur Jemison is the leader of the Office of Community Planning and Development (CPD), the policy lead and HUD partner for American Cities, Counties, States and other local units of government. To advance this partnership, CPD administers the Community Development Block Grant (CDBG) and CDBG - Disaster Recovery Funds, as well as the HOME Partnership program, Homelessness Assistance Grants (HAG) and the Emergency Solutions Grant (ESG), among other funds.

Mr. Jemison joined HUD from the City of Detroit, where he was Group Executive for Planning, Housing & Development, leading the City’s efforts toward equitable growth, working in partnership with Directors of the Housing & Revitalization Department, the Planning & Development Department, the Detroit Land Bank Authority, Detroit Housing Commission, and the Bridging Neighborhoods program.

In early 2014, he was recruited by Mayor Duggan to be the Director of the Housing & Revitalization Department for the City of Detroit to assist as the City recovered from bankruptcy. In that capacity, Mr. Jemison led strategy, deployment and management of the City’s housing policy and U.S. Department of Housing & Urban Development (HUD) entitlement funding.

Before coming to Detroit, Mr. Jemison served as Deputy Undersecretary and Deputy Director for the Department of Housing and Community Development (DHCD) for the Commonwealth of Massachusetts under Governor Deval Patrick. Prior to that, Mr. Jemison held a variety of public- and private-sector positions, all related to city planning and urban development, primarily in Massachusetts and the District of Columbia. Locally, this includes his role in the Office of Deputy Mayor for Planning & Economic Development in the District of Columbia, as the City recovered from Control Board management during the first term of Mayor Anthony Williams. 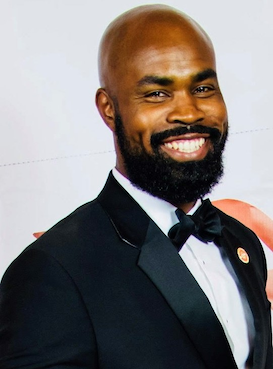 Mr. Clark began his CPD career in February 2019 as the Director for the Office of Technical Assistance and Management, and next as the Associate DAS for Operations. He brings 19 years of operations management, human capital, strategic planning, and leadership experience. His prior HUD experience includes working for the Office of Public and Indian Housing, Office of Housing/FHA, Office of Lead Hazard Control and Healthy Homes, Office of the Chief Human Capital Officer, and the Office of Administration. He has a Master’s and Bachelor’s Degree from Bowie State University in Bowie, MD and is a member of Kappa Alpha Psi Fraternity, Inc. 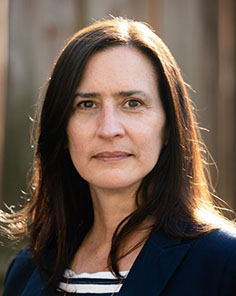 Robin Keegan is a sought-after policy thought leader and practitioner committed to transforming communities through proven strategies in resilience and economic equity. As the former Executive Director of the Louisiana Recovery Authority and Office of Community Development, and founder of Spring Industries, LLC, Robin is skilled in solving intractable problems through tactical knowledge of federal, state, and local policies and funding to create innovative and transformative strategies to rebuild and strengthen communities. Robin’s work is rooted in the fact that equitable and inclusive communities provide the strongest outcomes.

Robin has a history of designing successful strategies for multiple multi-billion-dollar responses to natural and human-caused disasters for communities for the states of Louisiana, New York, California and the United States Virgin Islands and other communities across the country. This includes more than $500 million in Community Development Block Grant Disaster Recovery funding in economic development programs that helped small main street businesses, fishers, and farmers rebuild and grow as well as plans to strengthen major industry sectors. Robin has overseen strategic economic planning efforts including lead planner and author of ProsperityNOLA, the first comprehensive economic development strategy for the City of New Orleans. Robin has designed innovative strategies to support small businesses throughout urban and rural communities. Most recently, Robin supported multiple counties across the country to increase economic security through the CARES Act Coronavirus Relief Fund.

Robin has actively trained the next generation of community real estate developers and disaster resilience experts through a dual position as Adjunct Lecturer in Tulane University’s Master of Sustainable Real Estate Program housed in the School of Architecture and Senior Fellow in the School of Social Work’s Disaster Resilience Leadership Academy. 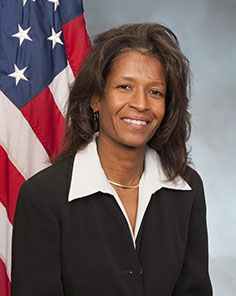 Ms. Jemine A. Bryon was appointed as CPD’s Deputy Assistant Secretary for the Office of Special Needs in August, 2017. In that position, she oversees administration of the Special Needs Assistance Programs (SNAPS) and the HIV/AIDS Housing program. Through SNAPS, $2.6 billion is awarded annually to serve vulnerable individuals and families who are homeless or at-risk of homelessness through a wide variety of service and housing interventions. The HIV/AIDS Housing program awards over $410 million annually to enable communities to continue efforts to prevent homelessness and provide supportive housing for low-income persons living with HIV/AIDS. Prior to joining CPD, Ms. Bryon served as the General Deputy Assistant Secretary (GDAS) for the Office of Public and Indian Housing (PIH) from May 2014 until August 2017. Before PIH, Ms. Bryon served as Senior Advisor to HUD’s Acting Deputy Secretary between January 2014 to May 2015. Upon joining HUD in August 2009, Ms Bryon was appointed as HUD’s Chief Procurement Officer/Senior Procurement Executive in managing over $2.1 billion in contract actions annually. Ms. Bryon brought 20 years of experience to the Department in the areas of public housing planning, management, development, resident services, and procurement. Prior to her appointment at HUD, Ms. Bryon served as the Deputy Executive Director at the Housing Authority of Baltimore City (HABC). While there she was responsible for the agency's $300 million budget and 900 employees. In addition she managed the overall operations which included modernization of over 14,000 housing units within public and mixed finance developments, as well as administration of tenant and project based Section 8 Housing Choice Vouchers for over 12,000 households.

Before serving as the Deputy Executive Director at HABC, Ms. Bryon served as the Assistant Executive Director, Real Estate Development at the Philadelphia Housing Authority. In this role, she was responsible for the overall management of $700 million in capital and mixed finance affordable housing development to provide rental and homeownership opportunities to 75,000 public housing and Housing Choice Voucher Program residents. Ms. Bryon has also served as the Assistant Commissioner/Agency Chief Contracting Officer, Director of Operations, and Deputy Director at the New York City Department of Housing and Preservation and Development. Ms. Bryon holds a Juris Doctorate Degree from Fordham University and a Bachelor of Music/Education from Syracuse University. 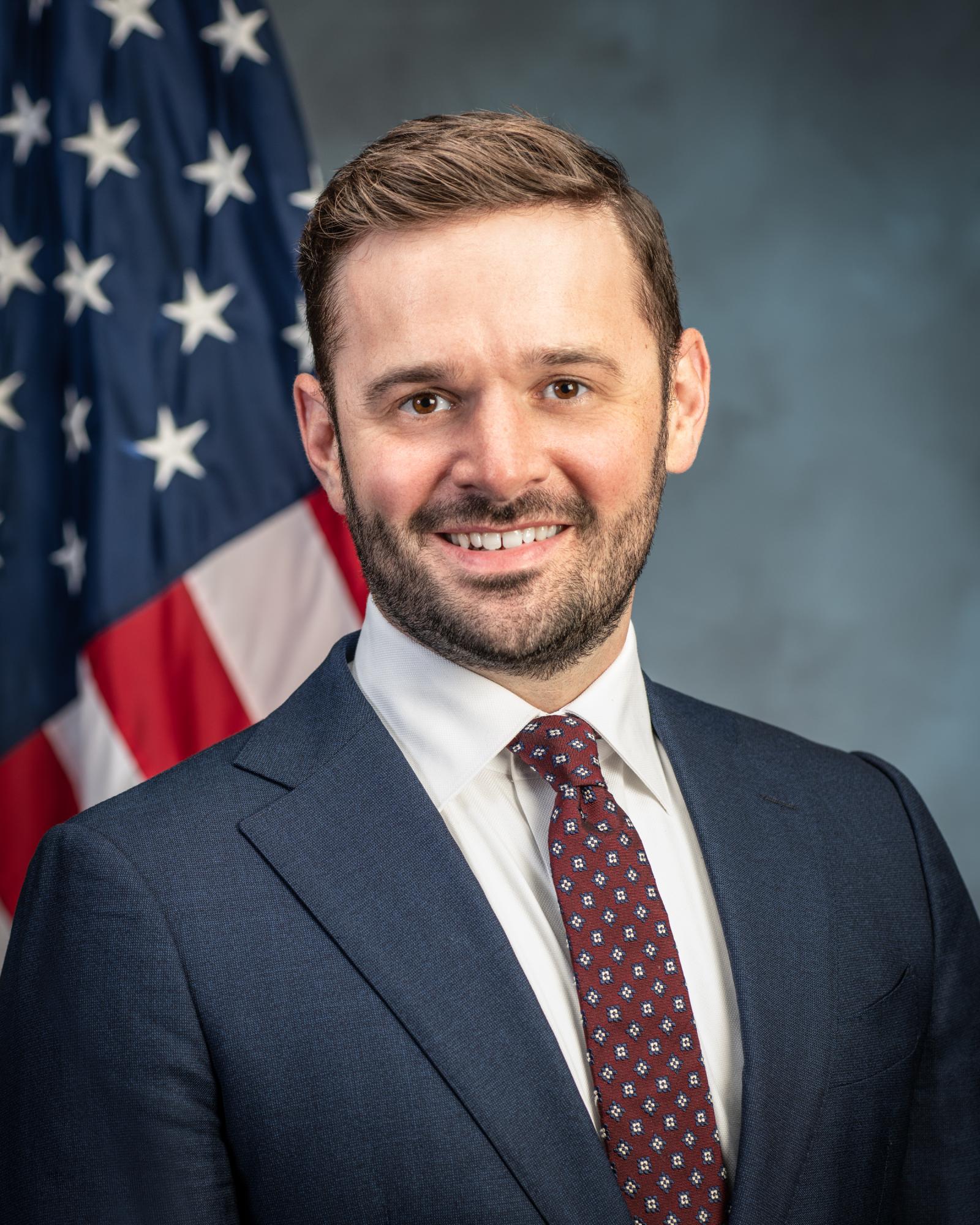 As the Deputy Assistant Secretary for Grant Programs, Mr. Bush oversees affordable housing and community development programs, including the Community Development Block Grant Program (CDBG), the HOME Investment Partnerships program, the Housing Trust Fund, and CDBG Disaster Recovery funds, in addition to Department-wide energy and environmental policy. Previously, he served as Washington, DC’s first Chief Resilience Officer, where he led efforts to prepare the nation’s capital for climate change, technological disruption, and a changing economy. He also served as the Chief of Resilience and Emergency Preparedness at the District’s Homeland Security and Emergency Management Agency during the District's response to the COVID-19 pandemic. Bush also served on President Obama’s Hurricane Sandy Rebuilding Task Force and at the White House Council on Environmental Quality. Not a stranger to HUD, Mr. Bush previously served in the Office of Field Policy and Management, Office of Community Planning and Development, and Office of the Secretary. He has also been both a Presidential Management Fellow and City of Chicago Mayoral Fellow.  Bush holds a Master’s of Urban Planning from the University of Michigan and a Bachelor’s of Arts in Business from Michigan State University.